Posted by patricksyder on January 25, 2019
Posted in: Europe, Greece. 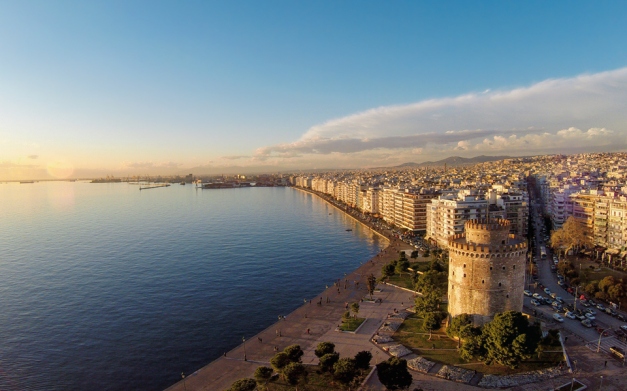 This mountainous peninsula of mainland Greece, with its rugged and dramatic landscapes, was once home to the two of the greatest rulers of the ancient world; Philip II and Alexander the Great. This short intensive 5 day tour is entirely based in historic Thessaloniki, capital of Northern Greece. A World Heritage centre full of beautiful churches and Roman palaces. Nearby we discover Alexander the Great’s birthplace and capital, the ancient Greek city of Pella and explore the ancient sacred city of Dion, the religious centre of the Kingdom of Macedonia. We also visit the spectacular Royal Tombs at Vergina, resting place of the murdered Phillip II of Macedon

Morning arrival on Easyjet. Afternoon tour of Thessaloniki, walking the streets of the old town to view the principal Roman heritage of the city including the Arch and Palace of Galerius and the Roman forum. There are also some fantastic Byzantine churches notable for their mosaics and frescoes littering the old town which we will visit and an excellent museum of Byzantine Culture.

This morning we explore the ancient sacred city of Dion, situated in view of the legendary Mount Olympus. This extensive sanctuary was the religious centre of the Kingdom of Macedonia and dedicated to Zeus.
Later we drive to Platamonas, to see its extensive Crusader castle, built in the early 13th century.

Today we discover Alexander the Great’s birthplace and capital at the Ancient Greek city of Pella. We also visit the spectacular Royal Tombs at Vergina, resting place of the murdered Phillip II of Macedon and father
of Alexander.

Today we visit the Byzantine fortifications and upper town of Thessaloniki, a World Heritage Site before we awe in wonder at the treasures housed in the Archaeological Museum which also features a spectacular exhibition of gold from burials and excavations of the region. The afternoon is left free for personal exploration.

Transfer to airport for morning flight with Easyjet to Gatwick London