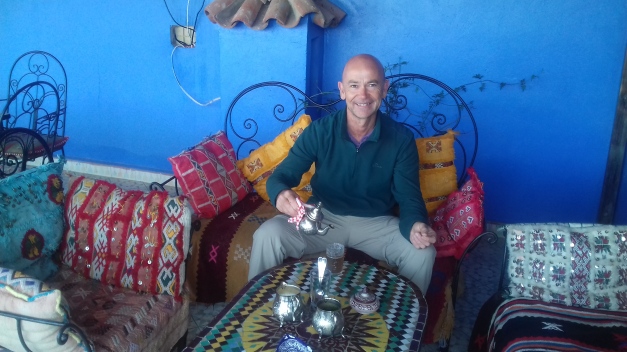 Patrick Syder is a graduate of Geology and holds a postgraduate qualification in Environmental Tourism. Elected a Fellow of The Royal Geographical Society in February 1996, he has 26 years experience leading cultural tours throughout the world initially in the ancient Near East and Islamic Africa. As a tour manager from 1994 to 2002 he freelanced for several leading cultural and adventure travel specialists and led numerous tours in over 30 countries. In 2002 he started his own business operating small group escorted tours, which is now in its 19th year of operation

Previously Patrick was based in Southern Africa for a number of years working in roles as diverse as a Mining Geologist in South Africa and as a film extra in Zimbabwe before returning to the UK and joining the travel industry. He soon returned to Africa leading numerous tours for a leading UK adventure travel company and quickly re-discovered the heritage and beauty of the continent. Patrick went on to establish his own travel consultancy in 2002 and he continues to lead trips throughout the world but Africa, particularly Ethiopia, remains one of his favourite destinations. He is also a keen travel photographer and his work is regularly featured by Lonely Planet, Getty Images and the Royal Geographical Society.

The tours offered here are the result of this experience, the well-established network of contacts built and comprehensive knowledge of local conditions learnt. Backed up with a working knowledge of Arabic, and a natural flair for travel photography his tours are an interesting proposition for any discerning traveller.

Book with Confidence in the knowledge that Patrick Syder Travel operates in accordance with UK legislation providing financial protection for the customer and that all flights can be booked through an ATOL bonded flight agent.

Syder Travel offers a selected range of diverse destinations each year. His cultural itineraries have an emphasis on history and appreciation of the natural and traditional aspects of each country visited. Local gastronomy features heavily too! Now in its eighteenth year of operation, Syder Travel has built its success on the quality of the expert guides it employs and its meticulously well-planned tours. This is something repeatedly commented on throughout the testimonials received from many clients returning to book again and again.

The annual handful of carefully chosen group tours are escorted from London by Patrick and based on a minimum group size, usually six, depending on the destination. A small group size is key to Syder Travel’s success and is strictly kept to a maximum of eleven passengers.

This site uses Akismet to reduce spam. Learn how your comment data is processed.