Posted by patricksyder on September 5, 2016
Posted in: Europe, Italy. 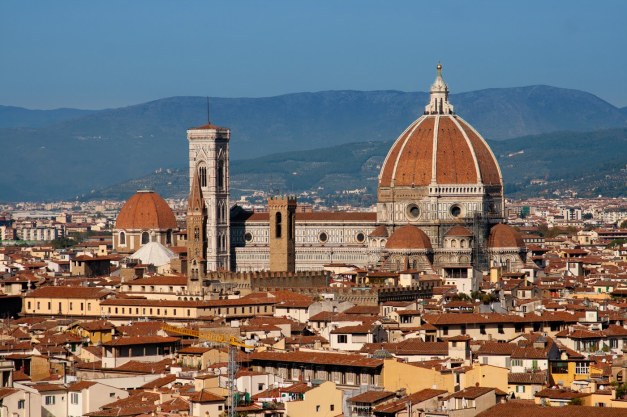 Draft Itinerary (To be confirmed)

DAY 1 ARRIVAL AT PISA AIRPORT
Arrival at Pisa Airport and Transfer to Hotel in Florence .

Day 2 FLORENCE
In the morning visit Basilica di San Lorenzo with its Medici Chapel. Afterwards visit of San Marco. San Marco is the name of a religious complex in Florence, Italy. It comprises a church and a convent. The convent, which is now a museum, has three claims to fame. During the 15th century it was home to two famous Dominicans, the painter Fra Angelico and the preacher Girolamo Savonarola. Also housed at the convent is a famous collection of manuscripts in a library built by Michelozzo then on to the visit of the Galleria dell’ Accademia, famous for the Michelangelo’s Sculptures. A must is also the visit of the Duomo and the Baptistery! Walk to the Santa Maria Novella church. During the day lunch in a local Restaurant. Free dinner. Overnight stay.

Day 3 FLORENCE
Morning Walking tour in Florence. Visit of the Bargello museum. The Bargello, also known as the Bargello Palace, Museo Nazionale del Bargello, or Palazzo del Popolo (Palace of the People) is a former barracks and prison, now an art museum Then walk to Santa Croce. This monument is truly unique, not only for the purity of the Gothic style, but also for the famous works of art it contains ans its historical importance. The most famous funeral monuments: the tomb of Michelangelo, Galileo, Macchiavelli. In the afternoon visit of Palazzo Vecchio and guided tour of the Uffizi. Lunch in a local Restaurant. Afternoon at leisure for the last Italian Shopping ! Free Dinner. Overnight stay

DAY 4 CHIANTI AREA – OVERNIGHT SIENA
After breakfast departure to Chianti Area, one of the most beautiful and famous area of Tuscany. The rolling hills of Chianti are designed by miles and miles of vineyards, each season color in a unique landscape. Green, purple, red and yellow are the colors that shine on these hills. Today you will visit Greve in Chianti famous for the wine cellars. Greve itself has some great wine bars. You can also add a visit to the Wine Museum. Another location easily accessible and indisputable charm is Panzano, one of the most populous of Chianti. This small town, as well as for its wine, is famous for its Florentine steak. Here indeed is the butcher Cecchini, where he praises the Divine Comedy while you cut the meat. During the day, wine tasting and brunch in a wine cellar. Continuation to Siena. Free dinner and Overnight stay

DAY 5 FULL DAY SIENA
Breakfast in hotel. Siena a magnificent city, that has the aspect of a medieval city. With its yellowish-brown building (from which the color “Siena” is named) and encircled by massive ramparts the city extends over three converging clay hills at the very heart of the high Tuscan plateau. Visit of the exciting maze of narrow streets, lined with tall palaces and patrician mansions, which come together on the Piazza del campo, one of the most vast medieval squares of Europe, heart of the city, and is the venue twice annually for the popular festival Palio. We will also be visiting the dome with its splendid mosaic pavements. Lunch in a local restaurant. Afternoon at leisure. Overnight stay in Siena

DAY 6 EXCURSION PERUGIA
Breakfast in hotel. Departure to Perugia a well-known cultural and artistic centre of Italy. The famouspainter Pietro Vannucci, nicknamed Perugino, was a native of Città della Pieve near Perugia. He decorated the local Sala del Cambio with a beautiful series frescos; eight of his pictures can also be admired in the National Gallery of Umbria.. Perugino was the teacher of Raphael, the great Renaissance artist who produced five paintings in Perugia (today no longer in the city) and one fresco. Another famous painter, Pinturicchio, lived in Perugia. Galeazzo Alessi is the most famous architect from Perugia. The city symbol is the griffin, which can be seen in the form of plaques and statues on buildings around the city. Guided visit of Perugia. Lunch in a local Restaurant. Return to the hotel in Siena. Overnight stay

DAY 7 VOLTERRA & SAN GIMINIAMO – OVERNIGHT PISA
Breakfast in hotel and departure by coach to Volterra, known to the ancient Etruscans as Velathri, to the Romans as Volaterrae, is a town and comune in theTuscany region of Italy.. Guarnacci Etruscan Museum, with thousands of funeral urns dating back to the Hellenistic and Archaic periods. Main attractions are the bronze statuette “Shadow of the Night” and the sculpted effigy of an Etruscan couple in terra cotta. The Etruscan walls, including the well-preserved Porta dell’Arco (3rd-2nd centuries BC) and Porta Diana gates. Continuation to San Giminiano,, a medieval city surrounded by gently-rolling countryside dotted with wines and olives. Its 14 grey stone towers set on a hilltop are enclosed within an outer wall including five gates. Lunch in a local Restaurant and visit. Continuation to Pisa Free dinner and overnight stay in Siena

DAY 8 VISIT THE ‘SQUARE OF MIRACLES’ IN PISA & LUCCA
Breakfast at the hotel. We will take the road towards Pisa. Discovery of the main monuments of this city which, in the Middle Age has dominated the Western Mediterranean due their powerful fleet: the cathedral, the baptistery and the leaning tower of Pisa…one of Italy’s symbols. Continuation to of Lucca, ancient and medieval city. Lunch in a local Restaurant. Visit the rectangular grid of its historical center preserves the Roman street plan, and the Piazza San
Michele occupies the site of the ancient forum. Traces of the amphitheater can still be seen in the Piazza dell’Anfiteatro. Lucca was the site of a conference in 56 BC which reaffirmed the superiority of the Roman First Triumvirate. Return to the hotel in Pisa. Free Dinner and Overnight stay.